Single WGS analysis of metastases is sufficient in most cases

DNA analysis of the tumor is of crucial importance to determine treatment options for patients with metastasized lung cancer. But how often does this procedure have to be repeated during the course of the disease? In many cases, a single complete DNA analysis by means of whole genome sequencing (WGS) suffices, concludes researcher Joris van de Haar (division molecular oncology and immunology, Dutch Cancer Institute).

Molecular DNA diagnostics in oncology is becoming increasingly important. “Understandably so”, says Van de Haar, “because doctors get more and more treatment options at their disposal that connect to specific changes in the tumor DNA. We call these changes biomarkers. This obviously leads to the question at which moment the tumor DNA can best be analyzed for the presence of such biomarkers. And subsequently to the question if such measurements should be repeated later in the treatment trajectory of the patient because  tumors inevitably evolve further. Preferably, you do the DNA analyses in the earliest possible stage of the treatment of metastasized cancer, in order to get a direct view of all the treatment options for a patient. But there is much discussion about the question if this information is still complete at a later stage because biomarkers could emerge or disappear as part of the tumor evolution, and if therefore the test should be repeated.”

The standard course of action in cancer diagnostics is that only a selection of genes is taken into account by means of a limited panel sequencing. Namely those genes in which deviations are frequently found for which treatments have been approved within a certain tumor type. Van de Haar: “Analyzing the complete tumor DNA to see if there might be other treatment options has until recently only been done in studies, typically when there are no more standard treatment options for the patient. The consequence of this can be that earlier in the treatment trajectory a deviation in the DNA has been missed for which a treatment would have been available. This can mean that the patient – once this deviation is finally diagnosed – can already have a too bad condition to undergo this treatment. It could for instance mean that a rare deviation like an NTRK fusion is missed, for which effective medication is in fact available. If such a variant is only found at a relatively late instance, as a doctor you’re likely to conclude that you would have wanted to know this earlier on.”

A research group led by Emile Voest studied the WGS data of 231 patients with a representative variety of metastasized solid malignancies for which in the course of the disease multiple tumor biopsies have been analyzed. Within the biopsy interval (6.4 months) patients received on or more lines of standard treatments. All important treatment modalities were represented. Presence of DNA-biomarkers guiding standard or experimental (clinical trials) treatments could be identified in 23 and 72 percent of the patients in the first biopsy, respectively. Comparison to the second biopsy showed that almost all biomarkers were still present at a later stage (99 and 94% respectively). Besides that, a second WGS analysis identified no additional biomarkers for participation in clinical trials.

“The conclusion is that a single WGS analysis of a metastasis generally suffices to identify DNA biomarkers for both standard treatments and eligibility for clinical trials”, says Van de Haar. “Although our analysis also confirms that a tumor constantly changes, there appears to be a general rule that there is only a limited evolution of the DNA deviations that determine the treatment options for metastasized cancer. A finding with relevant clinical consequences. Of course we also identified some situations in which this appears to be different. Subsequent research is needed to map these exceptions to the rule.”

Panel based diagnostics is relatively complex and challenging to keep up to date as more and more genetic deviations become treatable. Complete DNA diagnostics by means of WGS does address these challenges and is becoming cheaper, although there are specific technical prerequisites for the input material. Driven by these developments, a discussion has been going on for some time now whether WGS is a cost effective and possibly a better and sustainable alternative for existing panels. “Apart from the quality of care and the optimal point in time for DNA diagnostics the question how often this procedure should be repeated becomes more and more relevant from the viewpoint of cost also”, says Van de Haar. “Testing less often is cheaper. In the discussion about the question when complete DNA diagnoses is cost effective this has become an increasingly important aspect.”

If it is clear that complete DNA diagnostics is valuable and cost effective, and if clinical practice is adjusted to this fact, this will mean a giant revolution in clinical practice, says Van de Haar. “It will not only have a direct consequence for patient care”, he emphasizes. “Complete DNA analyses will also lead to an enormous and valuable set of data that can be used for research, for instance to elucidate why a certain treatment is or is not effective in an specific patients. That set of data therefore enables us to learn how we can offer existing medicines more effectively and cheaper to future patients. The importance for the patient will therefore – most certainly in the long run – be very big. Of course in such a case it will quickly be stated: give us a concrete estimate on what this will bring us. But it is obvious that an exact answer to that question can only be given at the moment when we actually have that set of data at our disposal and we can learn to understand the underlying biology. So what is also needed is entrepreneurship to be able to jointly make this important step. But that the potency of complete DNA diagnostics to do things better in oncology is enormous is something that everybody agrees upon by now.”

It is not so strange then that the question if and when WGS should be implemented has for some time now been the cause of political discussion. “The research we have done so far, is not going to end that discussion”, Van de Haar says soberly. “But the press is picking this up. And that means that this research delivers at least a constructive contribution to the discussion. It also coincides with the goals of Hartwig Medical Foundation, that has already developed an infrastructure in the Netherlands to make the use of WGS for complete DNA diagnostics in routine cancer care possible and for sharing the resulting data enriched with clinical data for academic research. Based on this it is safe to say now that its implementation is practically feasible, which means that the Netherlands is a definite frontrunner in the world. The foundation offered financial and organizational support to make our research possible. We used the database that they make freely available for scientific research as the base for our research.”

You read an article in the category OncoAct. You may also be interested in Research, Scientific publications or Whole genome sequencing.
All news 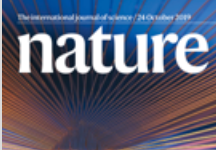 For the first time, Dutch researchers have created a detailed overview of the landscape of DNA-deviations in thousands of metastatic … 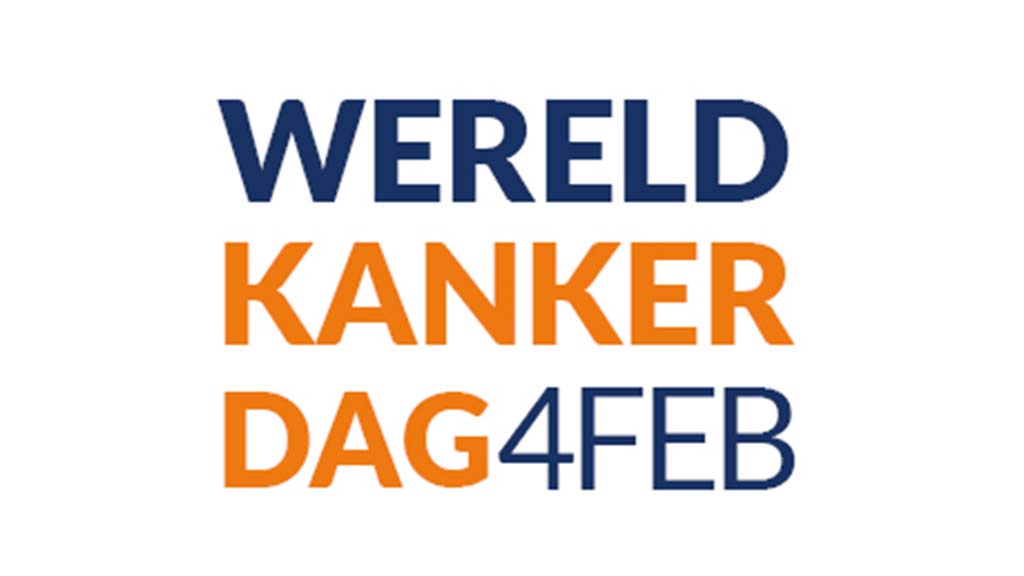 In the media: Genomeweb: Partial reimbursement for comprehensive DNA test in the Netherlands

This week, Genomeweb’s Precision Oncology News brought the news that the Dutch House of Representatives has recently unanimously decided to … 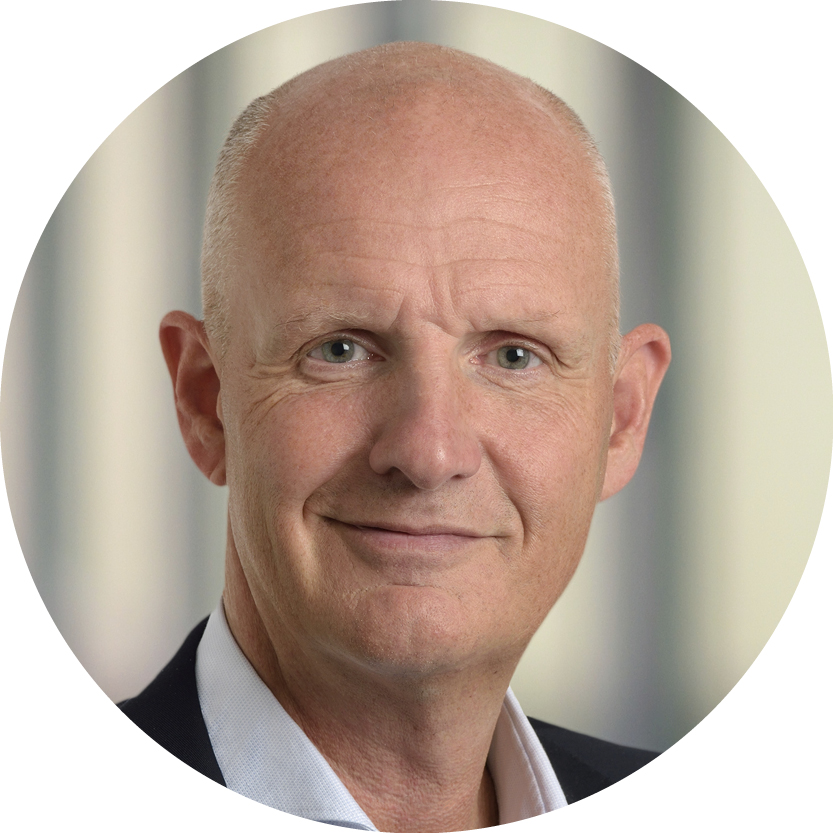 More and more cancer drugs are only suitable for a small group of patients. However, we are often not capable to find these patients. That is why every patient with metastatic cancer should be genetically screened before starting treatment.

This website uses cookies to improve your experience while you navigate through the website. Out of these, the cookies that are categorized as necessary are stored on your browser as they are essential for the working of basic functionalities of the website. We also use third-party cookies that help us analyze and understand how you use this website. These cookies will be stored in your browser only with your consent. You also have the option to opt-out of these cookies. But opting out of some of these cookies may affect your browsing experience.
SAVE & ACCEPT